Pleasantview has become one of south Edmonton’s most sought after neighbourhoods.  Originally owned by veteran, huge lots were the norm in this area.  Most of these have since been sub-divided into more traditional sized lots, but are still large enough to allow for further subdivision currently.  Because of the large lot size, many custom infill homes have been built in the area, and now a number of  “skinny homes” are also going up in the neighbourhood.

Another unique feature of this neighbourhood is its topography. Pleasantview contains one of south Edmonton’s most noticeable elevations, a hill from which the view is pleasant… hence “Pleasantview”!  Today, Pleasantview has a variety of other land uses, including a cemetery located in Caine Memorial Park at the centre of the neighbourhood. Shops along Calgary Trail include a wine bar, bakery and a Starbucks, making this a walking friendly neighbourhood for residents.  Southgate Shopping Centre and LRT Station are conveniently nearby as well.

Until 1950, the neighbourhood was known as Martin Estate, named after David Martin, who was an early pioneer and settler in the area in 1899. After the neighbourhood’s urban subdivision in the mid-1900s, the area was renamed in honour of the view achieved from its notable topographical feature. 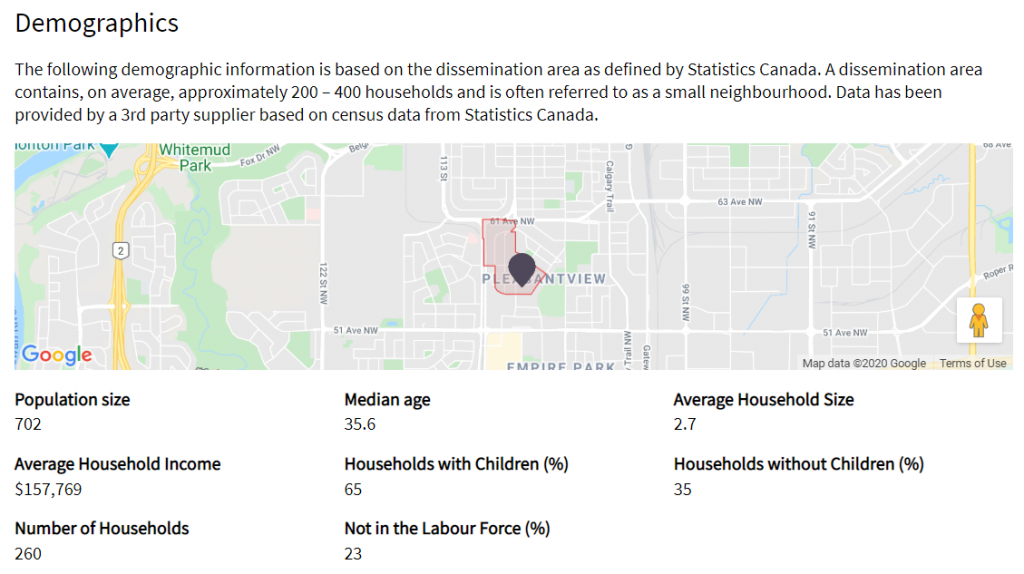 Are you a first time seller?

"Walking down the tree lined streets in Allendale, especially in summer when the leaves are at...

The Stories behind the Stats: January 2021