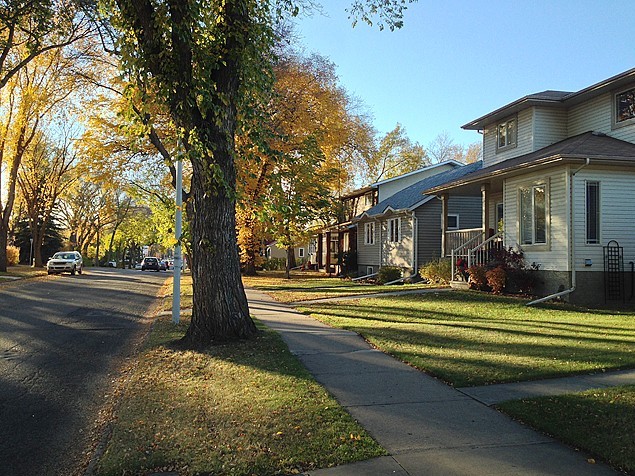 Bonnie Doon takes its name from the Scottish for “pleasant, rolling countryside,” and was named in 1912 in honour of Canadian-born Premier Alexander Cameron Rutherford, who was of Scottish descent and owned a portion of the land east of Mill Creek.

Bonnie Doon’s culture, access to river valley parks and trails (including the ever-popular Mill Creek Pool), and central location have made it a very desirable neighbourhood. Avenue Magazine recognized this in 2017, naming Bonnie Doon the tenth-best neighbourhood in Edmonton. This desirability has led to substantial redevelopment, making the neighbourhood an interesting tapestry of homes from many decades.

Bonnie Doon’s development is still under way due to the neighbourhood’s attractive central location and relatively permissive residential zoning. The bulk of the neighbourhood is zoned RF3—low-density infill zone—which provides the opportunity for single-family and duplex housing while allowing some apartment or row housing with up to four units. As original structures are being replaced, most residential redevelopment is of a higher density.

Pleasantview has become one of south Edmonton's most sought after neighbourhoods.  Originally...

Albany is located in The Palisades area of northwest Edmonton. In 2009, the neighbourhood was...

Callaghan is one of the 15 neighbourhoods that make up the Heritage Valley area in southwest...